Community Armed Forces covenants complement, at a local level, the National Armed Forces Covenant, which outlines the moral obligation between the Nation, the UK Government and the Armed Forces. They encourage local communities to support the Armed Forces community in their area and promote understanding and awareness among the public of issues affecting the military community. 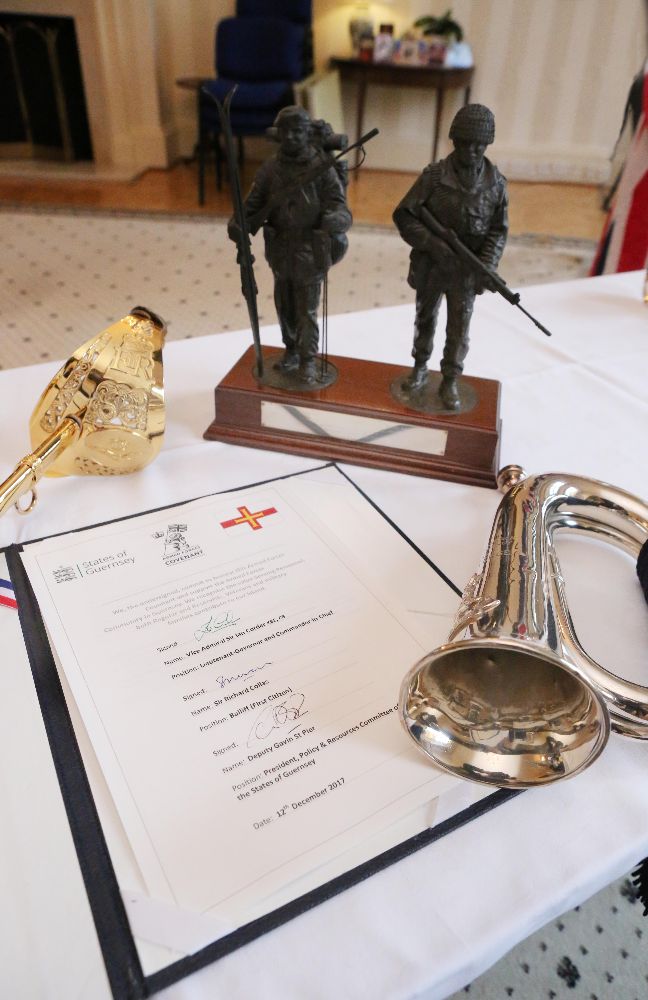 The Guernsey Armed Forces Covenant was signed on 12th December 2017 by the Lieutenant-Governor; the Bailiff of Guernsey and the President of the Policy & Resources Committee of the States of Guernsey.  It was updated on 31st July 2019 and is available

The Covenant acts as a commitment between the States of Guernsey, the people of Guernsey and the local Armed Forces community. Its intention is to ensure that those who currently serve in HM Armed Forces, or have done so in the past (whether Regular or Reserve), and their families, should face no disadvantage compared to other citizens regarding public and commercial services.

The Covenant also promotes the integration of Service life into civilian life, and encourages members of the Armed Forces community to help their local community.

If you are seeking assistance or wish to raise an issue on a Covenant matter, you should contact The Guernsey Branch of The Royal British Legion on 01481 247479 or your Service Association.